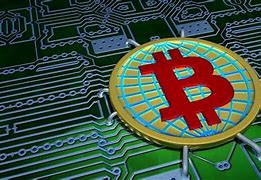 and xrates.data.rates contains a property for BTC that is a mapping of those currencies to the value in that currency:

Now, these exchange rates are moving around constantly, so I can’t really grab an exact screenshot from when I pulled the rates, but if I look at what Bitstamp is reporting for the BTC/USD rate, it’s ~6380 there as well. Since Kucoin doesn’t really have USD fiat trading pairs, the closest you’d be able to get is comparing BTC/USDT, which is the pair with the “stable coin” called USDT or Tether.

So, if you had a ticker that was priced in BTC, like LOCI/BTC, you could take the current price times the xrates.data.rates.BTC.USD and obtain the US Dollar equivalent price.

First some setup to make our lives easier:

Now we can do some quick calls:

What can we do with this information? We can approximate how many dollars equivalent a given WTC is versus LOCI without even converting to USD. That’s very clever. That means we could come up with our own base pairs that you wouldn’t find on just about any sites but your own. Or, you could build a service that takes different sorts of tokens under certain conditions as “compatible tokens” as equivalent methods for swapping payment. You could also build a screener that shows how your set of tokens in your portfolio are faring against other tokens you have on a relative-strength basis, or give you a quick way of instantly seeing how many more of X token you could accumulate versus coin Y, using non-stale data, but instead exchange data from Kucoin.

Verifying that several contributors you trust all signed the same checksums distributed in the release checksums file will provide you with additional assurances over the preceding basic verification instructions. Alternatively, reproducing a binary for yourself will provide you with the highest level of assurance currently available. For more information, visit the project’s repository of trusted build process signatures.